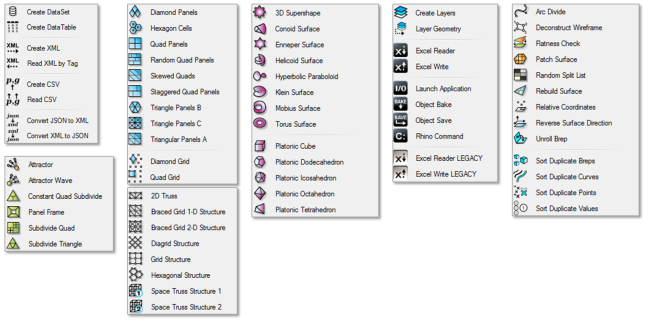 I am pleased to announced that a new version of LunchBox for Grasshopper has been released as a free download in the new ProvingGround.io website. It has been over a year since the last update and there are many new components and improvements in this new release.

Features of interest include….